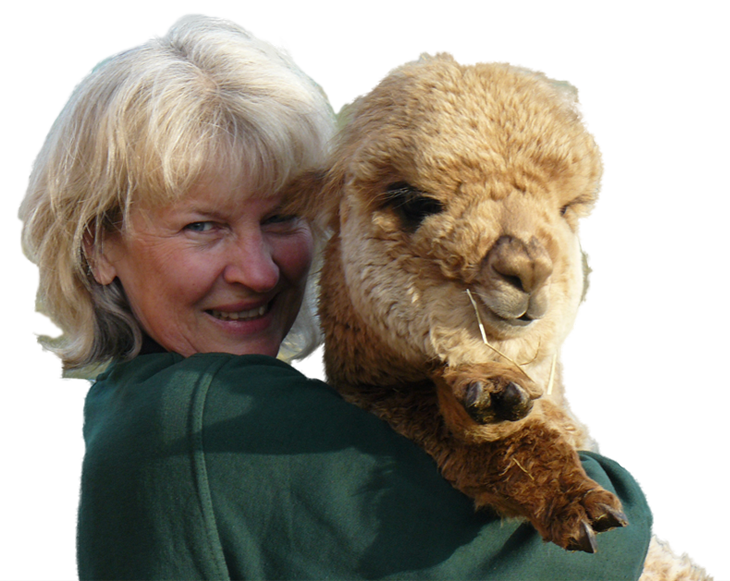 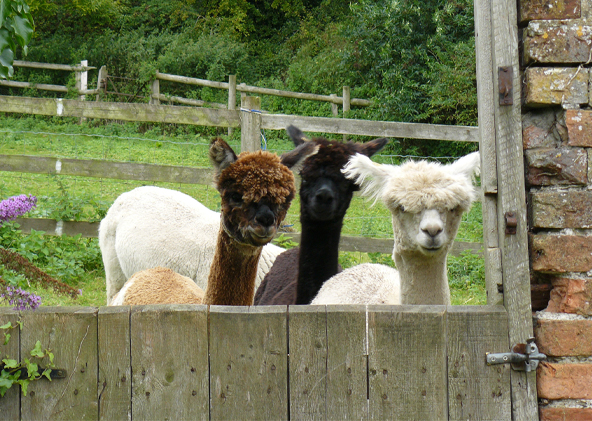 Why Watership Alpacas?
Watership Alpacas was started when we lived in an ancient farmhouse with a small acreage near Watership Down in North Hampshire that needed grazing.  We went on an “alpaca handling course” one wet Sunday in March. It was easy to fall in love with the gentle creatures, in particular the “humming” noises they make to communicate.

Breeding Success
After several years of breeding the alpacas, more land was needed and Watership Alpacas moved to its current location just west of Andover. Since those early days over in 2006, the alpacas have been part of the family, with health and welfare the first aim. Although not one of the big breeders, Watership Alpacas has enjoyed participating in alpacas shows with the bonus of a colourful wall of rosettes.

Wildlife
A particular success in our management of the land is the way it supports wildlife. Keeping as natural a succession of wild flowers in the meadows as possible and the presence of animals giving manure, means that we support a healthy and varied insect population. The recent addition of a large, deep wildlife pond also helps.  The microfauna then support a variety of birds including swallows that nest in the field shelters and stable.  Buzzards and kites seem to like our land-and we see busy field voles.  Although rabbits are kept out of the main alpaca fields with fencing as rabbit holes can cause serious leg injury (alpacas like to run!), we do have rabbits in our old paddock and garden as well as hedgehogs visiting and overwintering. Permanent pasture is an important carbon retainer. 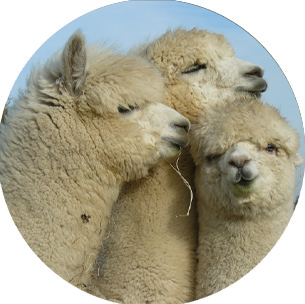